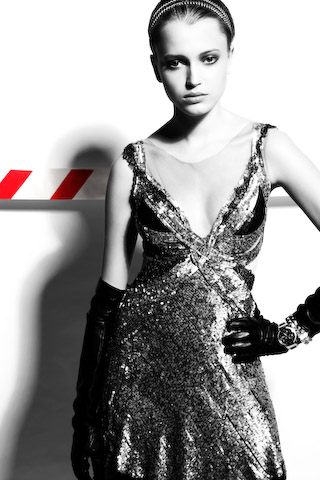 Born in Poland, Peter Orzechowski  (very difficutl to pronounce but try *O-she-hoofsky) began his career as a photographer’s assistant in Warsaw, working with cream of Poland’s fashion/advertising photographers and film crews.  He developed a strong grounding in all the technical elements of the business such a equipmnet handling, post production, lighting, planning and production.

He assisted National Geographic Photographer – Marek Arcmowicz  on an extended four week shoot, living and working from tent in temperatures of -10 C (14F), 4200 m above see level at Annapurna Base for Himalayas.

After graduating from prestigious National Film and Television School in Lodz, he move to London in 2013.

As a professional photographer Peter is natural team player providing the highest standard of imagery to his clients. Highly organized and experienced in volume photography, the production flow usually involves coordinating optimally with retouchers, makeup artists, assistants, videographers and other photographers.

His work appears regularly on websites like Dune London, House of Fraser or Selfridges.

Because his surename is very difficult to pronounce he create a nickname Peter Hazelnut.

Peter lives and works in London and loves to travel.

This website and all images on it are protected by copyright. All rights reserved © 2019 Peter Hazelnut